Also called “Stefilia’s Stone”, is a rare blue variety of the silicate mineral pectolite found only in the Dominican Republic, in the Caribbean. Its coloration varies from white, light-blue, green-blue to deep blue. larimar is a slightly soft stone with a hardness of 4.5 to 5 on the Mohs scale, approximately the same as apatite, sphene and turquoise. Larimar has a vitreous to silky luster. Quality grading of Larimar is according to color; white is low quality and volcanic blue is the highest quality.

The Dominican Republic’s Ministry of Mining records show that Father Miguel Domingo Fuertes Loren of the Barahona Parish requested permission on 23 November 1916 to explore and exploit the mine of a certain blue rock that he had discovered. Pectolites were not yet known in the Dominican Republic, and the request was rejected. 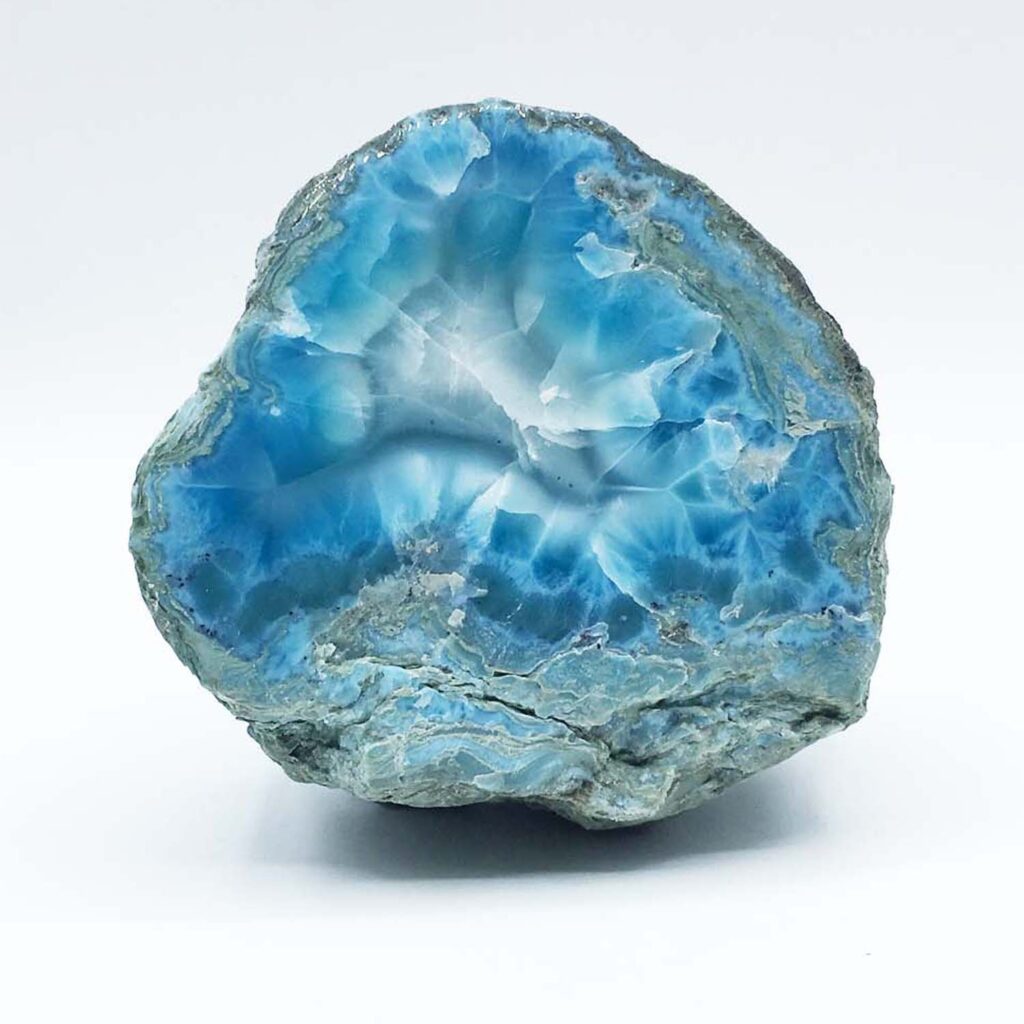 Miguel Méndez and Peace Corps volunteer Norman Rilling rediscovered Larimar in 1974 on a beach at the foot of the Bahoruco Mountain Range, the coastal province of Barahona. Natives believed that the stone came from the sea, and they called the gem Blue Stone. Miguel took his young daughter’s name Larissa and the Spanish word for sea (mar) and formed Larimar, to suggest the colors of the Caribbean Sea where it was found. The few stones that they found were alluvial sediment, washed into the sea by the Bahoruco River. An upstream search revealed the in situ outcrops in the range and soon the Los Chupaderos mine was formed.

Larimar is a type of pectolite or a rock composed largely of pectolite, an acid silicate hydrate of calcium and sodium. Pectolite is found in many locations, but larimar has a unique volcanic blue coloration, which is the result of copper substitution for calcium.

Miocene volcanic rocks, andesites and basalts, erupted within the limestones of the south coast of the island. These rocks contained cavities or vugs which were later filled with a variety of minerals, including the blue pectolite. These pectolite cavity fillings are a secondary occurrence within the volcanic flows, dikes, and plugs. When these rocks erode, the pectolite fillings are carried down the slope to end up in the alluvium and the beach gravels. The Bahoruco River carried the pectolite-bearing sediments to the sea. The tumbling action along the streambed provided the natural polishing to the blue larimar, which makes them stand out in contrast to the dark gravels of the streambed. 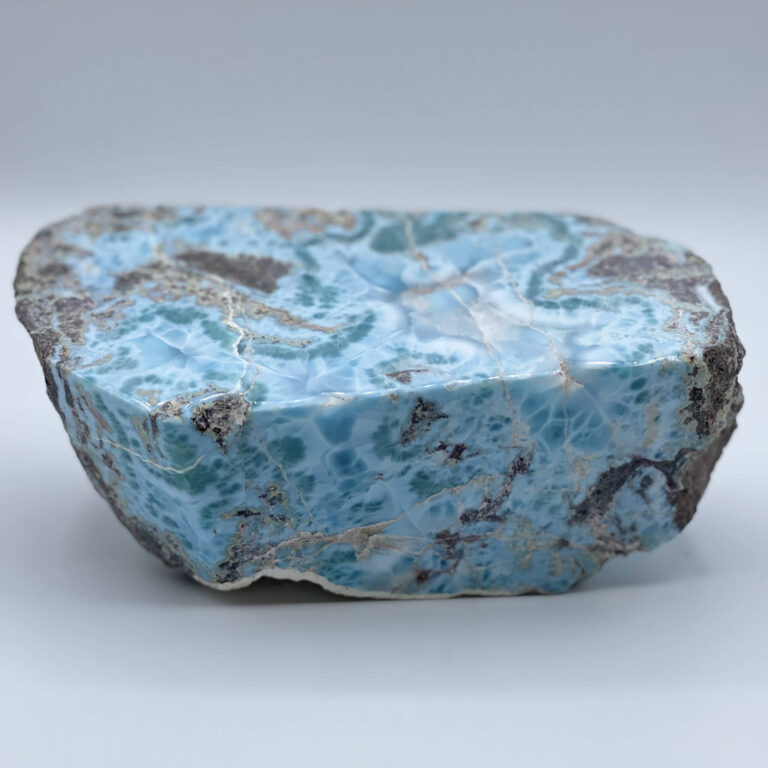